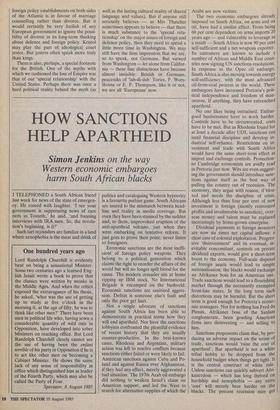 Lord Randolph Churchill is evidently bent on being a sensational Minister. Some two centuries ago a learned Eng- lish Jesuit wrote a book to prove that the classics were written by monks in the Middle Ages. And when the critics exposed the extravagance of his thesis, he asked, 'what was the use of getting up to study at five o'clock in the morning if, at the age of fifty, he was to think like other men?' There have been men in political life who, having sown a considerable quantity of wild oats in Opposition, have developed into sober Ministers on reaching office. But Lord Randolph Churchill clearly cannot see the use of having been the enfant terrible of his party in Opposition if he is to act like other men on becoming a Cabinet Minister. He shows the same lack of any sense of responsibility in office which distinguished him as leader of the Fourth Party, which may also be called the Party of Four.