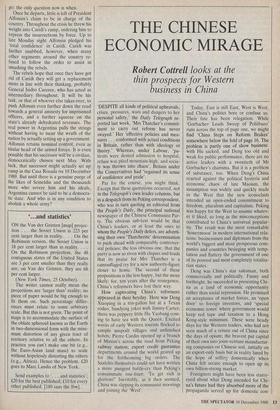 The writer cannot really mean the projections are 'larger than' reality; no piece of paper would be big enough to fit them on. Such percentage differ- ences must relate to some arbitrary scale. But this is not given. The point of maps is to accommodate the surface of the oblate spheroid known as the Earth in two-dimensional form with the mini- mum distortion of any given tract of territory relative to all the others. In practice you can't make one bit (e.g., the Euro-Asian land mass) to scale without hopelessly distorting the others (e.g., Africa). Hence the problem. £20 goes to Marc Landis of New York.