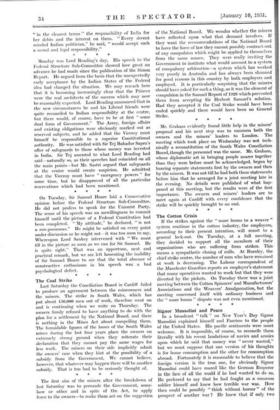 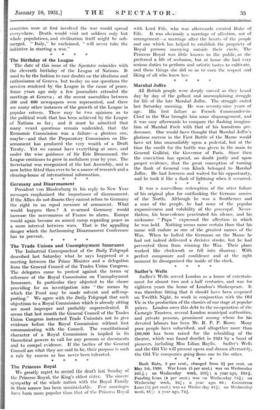 Signor Mussolini and Peace In a broadcast " talk "

on New Year's Day Signor Mussolini explained himself and Fascism to the people of the United States. His pacific sentiments were most welcome. It is impossible, of course, to reconcile them literally with his recent laUdations of navies and armies upon which he said that money was " never wasted," but we must suppOse that one version of his thoughts is for home consumption and the other for consumption abroad. _ Fortunately it is reasonable to believe that the foreign version is the true. one, for obviously Signor Mussolini could have roared like the German Emperor in the face of all the world if he had wanted to do so. He preferred to say that he had fought as a common soldier himself and knew how terrible war was. How then could he possibly " think without horror " of the prospect of another war ? He knew that if only two countries were at first involved the war would spread everywhere. Death would visit not soldiers only but whole populations, and civilization itself might be sub- merged. " Italy," he exclaimed, " will never take the initiative in starting a war."