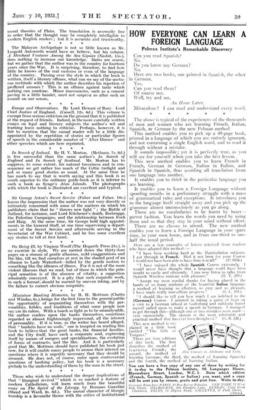 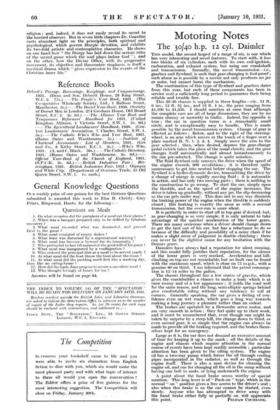 Page 27, 10 January 1931 — Those who wish to understand the deeper implications of that
Close

Those who wish to understand the deeper implications of that

" liturgical revival ''' which is so marked a feature of modern Catholicism, will learn much from the beautiful essay on The Spirit of the Liturgy, by Romano Guardini (Sheed and Ward, 2s. 6d.). The unreal character of liturgic worship is a favourite theme with the critics of institutional

religion ; and, indeed, it does not easily reveal its secret to the hurried observer. But in seven little chapters Dr. Guardini casts abundant light on the principles, both spiritual and psychological, which govern liturgic devotion, and exhibits its two-fold artistic and contemplative character. He shows on one hand how " the liturgy has laid down the serious rules of the sacred game which the soul plays before God " ; and on the other, how the Divine Office, with its progressive movement, its objective and theocentric emphasis, is itself a mystical drama which " gives expression to the events of the Christian inner life." . •