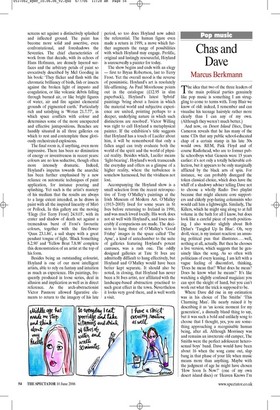 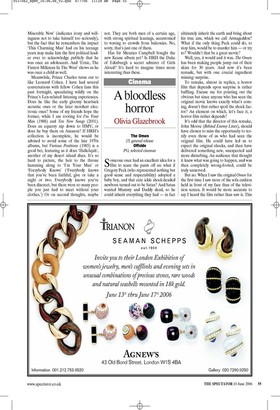 The idea that two of the three leaders of the main political parties genuinely like pop music is something I am struggling to come to terms with. Tony Blair we know of old: indeed, I remember and can visualise his teenage hairstyle rather more clearly than I can any of my own. (Although they weren’t much better.) And now, on Desert Island Discs, Dave Cameron reveals that he has many of the same CDs that any public school-educated chap of a certain stamp in his late 30s would own. REM, Pink Floyd and of course Radiohead, who are to former public schoolboys what Genesis were 15 years earlier: it’s not only a totally believable collection, but it appears to be only marginally afflicted by the black arts of spin. For instance, we can probably disregard the token classical choice, which does have the whiff of a shadowy adviser telling Dave not to choose a wholly Radio Two playlist because that might alienate core supporters and elderly pop-hating columnists who would call him a lightweight. Similarly, The Killers, which he might sing along to at full volume in the bath for all I know, but does look like a careful piece of youth positioning. I also wonder slightly about Bob Dylan’s ‘Tangled Up In Blue’. Oh, very droll, vicar, is my instant reaction: an amusing political pun that illustrates ... well, nothing at all, actually. But then he chooses a live version, which suggests that he genuinely likes the song. As so often with politicians of every leaning, I am left with a vague feeling of discomfort, thinking, ‘Does he mean that? What does he mean? Does he know what he means?’ It’s like watching a slightly confused magician: you can spot the sleight of hand, but you can’t work out what the trick is supposed to be.

Where Dave did rise in my estimation was in his choice of The Smiths’ ‘This Charming Man’. He nearly ruined it by describing it as ‘an iconic moment for my generation’, a dismally bland thing to say, but it was such a bold and unlikely song to choose that I thought, yes, you are something approaching a recognisable human being, after all. Although Morrissey was and remains an inveterate old camper, The Smiths were the perfect adolescent heterosexual boys’ band. Dave would have been about 16 when the song came out, slap bang in that phase of your life when music means more than anything. Maybe with the judgment of age he might have chosen ‘How Soon Is Now?’ (one of my own desert island discs) or ‘Heaven Knows I’m Miserable Now’ (indicates irony and willingness not to take himself too seriously), but the fact that he remembers the impact ‘This Charming Man’ had on his teenage years may make him the first political leader ever to acknowledge publicly that he was once an adolescent. And ‘Ernie, The Fastest Milkman In The West’ shows us he was once a child as well.

Meanwhile, Prince Charles turns out to like Leonard Cohen. I have had several conversations with fellow Cohen fans this past fortnight, speculating wildly on the Prince’s Len-related listening experiences. Does he like the early gloomy heartsick acoustic ones or the later mordant electronic ones? Some of my friends hope the former, while I am rooting for I’m Your Man (1988) and Ten New Songs (2001). Does an equerry nip down to HMV, or does he buy them on Amazon? If HRH’s collection is incomplete, he would be advised to avoid some of the late 1970s albums, but Various Positions (1985) is a good bet, featuring as it does ‘Hallelujah’, another of my desert island discs. It’s so hard to picture, the heir to the throne humming along to ‘I’m Your Man’ or ‘Everybody Knows’ (‘Everybody knows that you’ve been faithful, give or take a night or two. Everybody knows you’ve been discreet, but there were so many people you just had to meet without your clothes.’) Or on second thoughts, maybe not. They are both men of a certain age, with strong spiritual leanings, accustomed to waving to crowds from balconies. No, sorry, that’s just one of them.

Has Sir Menzies Campbell bought the new Keane album yet? Is HRH the Duke of Edinburgh a secret admirer of Girls Aloud? It’s hard to imagine times more interesting than these.