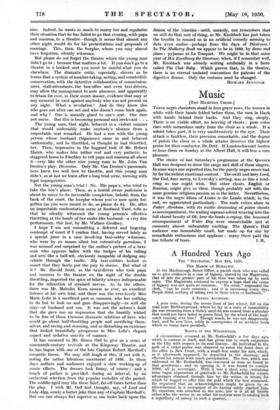 At the Marlborough Street Office, a parish clerk who was called on to give evidence in a case of bigamy, stated to the Magistrate; that of late the greater part of his time was taken im by such cases. The Magistrate ventured to express a hope that the crime of bigamy was not quite so common. "No crime," responded the clerk, "can be more common ; and it is increasing every day. People think nothing of taking two or three wives or husbands.'

A poor man, during the severe frost of last winter, fell on the road near Berkhampstead, where he lay in a state of insensibility (he was returning from a frolic), until he was roused from a slumber that could not have failed to prove fatal, by the wheel of the mail- coach running over him ! Though much, he was not dangerously hurt, and he now lives, solely in consequence of an accident from which so many have perished.

MANNA IN THE WILDERNESS.

A circumstance occurred at Mr. Rothschild's a few days ago, which is curious in itself, and has given rise to much conjecture in the City with respect to its real history. An individual in the garb of a ticket-porter was observed to enter the front door of the office in New Court, with a small box under his arm, which, as it afterwards appeared, he deposited -in the doorway, and effected his retreat with much precipitation. The box, which was addressed to Mr. Rothschild, was conveyed as 'soon as found to that gentleman ; and on opening it, it was found to contain" 2090/, all in sovereigns. With it was a short note, pont4ining some vague expressions of gratitude to Mr. Rothschild for certain advantages obtained through him by the writer, in 'return for which he begged to offer him the gold which the box contained. He requested that an acknowledgment might be given by an advertisement in a newspaper of its having safely reached JAW, No signature was attached to the note, nor is it at '411

either who the writer is,- Or what his motive's were itt sending Mick