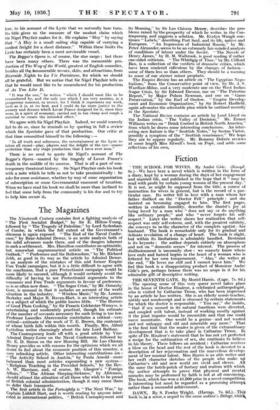 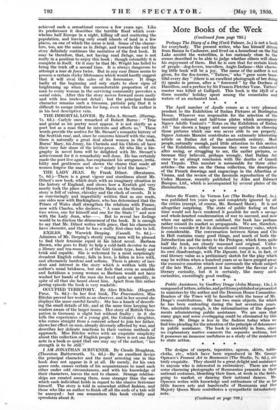 achieved such a sensational success a few years ago. Like

its predecessor it describes the terrible flood which Over-

• whehns half Europe in a night, killing off and Scattering the population, and leaving only small Wands of land in a few places, on one of which the scene is laid. -Some of the charac- ters, too, are the same as in Deluge, and towards the end the story definitely continues the narrative of the first book. It may be therefore, that, not having read Deluge, one is not really in a position to enjoy this book ; though ostensibly it is complete in itself. Or it may be that Mr. Wright has failed to bring the trick off a second time. It is always dangerous to attempt a tour de force twice. --But in any case Dawn seems to possess a certain sticky lifelessness which would hardly suggest - that it will rival the sales of its forerunner.. It drags badly at the beginning and only starts to show signs of brightening up when the uncomfortable proportion of six men to every woman in the surviving community provokes a social crisis. After this the story moves forward more easily

• and with less irrelevant detail ; but the principal female character remains such a tiresome, pietistic prig that it is difficult to escape irritation for long, even when the author is in his best descriptive vein.