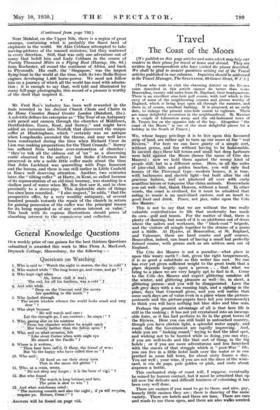 Mr. Fred Roe's industry has been well rewarded in the

finds recorded in his Ancient Church Chests and Chairs in the Home Counties Round Greater London (Botsford, 218.). A sub-title defines his enterprise as "The Tour of an Antiquary with pencil and camera through the churches of Middlesex, Hertfordshire, Essex, Kent, and Surrey," and might have added au excUrsion into Norfolk that discovered the unique coffer at Hinclringham, which "certainly was an antique when Longshanks ascended the throne, and may well have been constructed during the time when Richard Cceur de Lion was making preparations for the Third Crusade." Surrey has suffered from ruthless over-restoration of churches : "they've tuk all the. oldness out of 'un " as a discerning rustic observed to the author ; but Stoke d'Abernon has preserved in situ a noble little coffer made -about the time that John Lackland was quarrelling with Pope Innocent and the barons,- and there is,one still earlier in Little Canfield in Essex well deserving attention. Another, two centuries later, the "tilting coffer" at Harty, in Kent, so called because of its representation of an old-time tournay, was standing in a shallow pool of water when Mr. Roe first saw it,,and,in close proximity to a stove-pipe. This deplorable state of things has since been remedied, "I also suspect," headds, ' that the prospective offer, by a very wealthy antiquary, of several hundred pounds towards the repair of the church in,return for gaining possession of the coffer was the principal- reason for its being regarded as of any serious interest or.-..Value- This book with its copious illustrations should prove of absorbing interest to- the -connoisseur "and collector. _