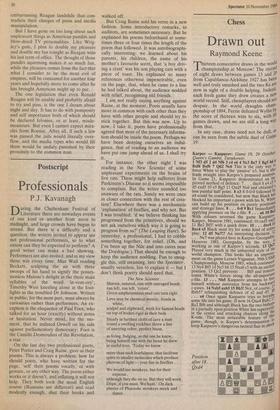 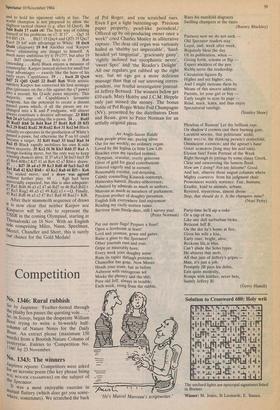 Thirteen consecutive draws in the world 1 championship at Moscow! The record of eight draws between games 13 and 20 from Capablanca-Alekhine 1927 has be well and truly smashed and the two Ks are now in sight of a double helping. Indeed, each fresh game they draw creates a nevi world record. Still, chessplayers should riot despair. In the world draughts chair' pionship of 1894, Ferrie defeated Wyllie by the score of thirteen wins to six, with 69 games drawn, and we are still a long we from that.

In any case, draws need not be dull, as can be seen from the subtle duel of Gale 19:

Kasparov will be able to represent the USSR in the coming Olympiad, starting at Thessaloniki on 18 Nov. With an English Side comprising Miles, Nunn, Speelman,

Mestel, Chandler and Short, this is surely Our chance for the Gold Medals!