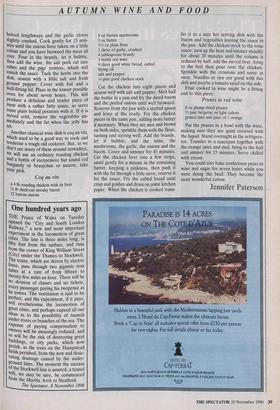 THE Prince of Wales on Tuesday opened the "City and South London Railway," a new and most important experiment in the locomotion of great cities. The line is three miles long, is fifty feet from the surface, and runs from the corner of King William Street (City) under the Thames to Stockwell. The trains, which are driven by electric force, pass through two gigantic iron tubes at a rate of from fifteen to hventy-five miles an hour. There will be no division of classes and no tickets, every passenger paying his twopence as he enters. The ventilation is said to be Perfect, and the experiment, if it pays, will revolutionise the locomotion of great cities, and perhaps expand all our ideas as to the possibility of tunnels under rivers or branches of the sea. The expense of paying compensation to owners will be amazingly reduced, and se will be the risk of destroying great buildings, or city parks, which now Perish, as the trees on the Hampstead fields perished, from the new and desic- cating drainage caused by the under- ground lines. The moment the success of the Stockwell line is assured, a tunnel Will, we may be sure, be commenced from the Marble Arch to Stratford.