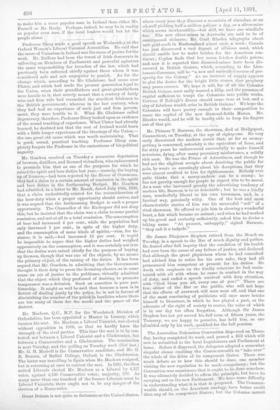 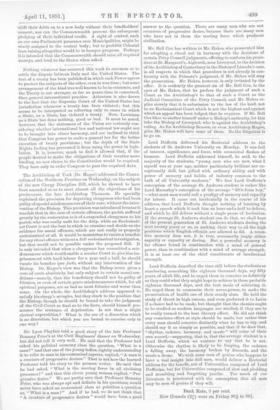 The Australian Federation Convention dispersed on Thurs- day, having completed

its work, and passed a Bill which will now be submitted to the local Legislatures and Parliament at home. Before it dispersed, the delegates adopted a somewhat singular clause enabling the Commonwealth to "take over the whole of the debts of its component States. There was much debate as to how this should be done, one member wishing the new regulation to be made compulsory ; but the Convention was unanimous that it ought to be done somehow. It was ultimately decided fo affirm the principle, but leave its carrying out to the new Parliament. We have some difficulty in understanding what it is that is proposed. The Common- wealth should, on the American analogy, have better credit than any of its component States ; but the Colonies cannot shift their debts on to a new body without their bondholders' consent, nor can the Commonwealth prevent the subsequent pledging of their individual credit. A right of control, such as our own Parliament possesses over Municipalities, might be wisely assigned to the central body; but to prohibit Colonial loan-raising altogether would be to hamper progress. Perhaps it is intended that the Commonwealth !should raise all required moneys, and lend to the States when asked.