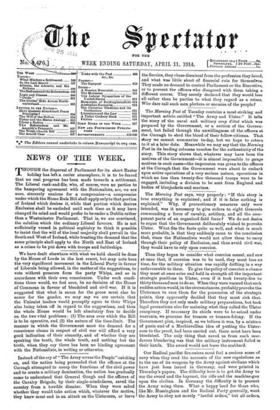 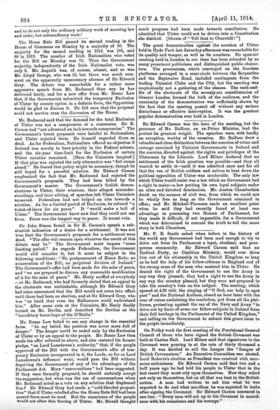 Page 1, 11 April 1914 — Our Radical pacifist fire-eaters must feel a curious sense of
Close

Our Radical pacifist fire-eaters must feel a curious sense of

envy when they read the accounts of the new regulations as to the use of its weapons by the Army against civilians which hare just been issued in Germany, and were printed in Thursday's papers. The difficulty here is to get the Army to use the sword and the bayonet, the rifle and the maohine.gun upon the civilian. In Germany the difficulty is to prevent the Army using them. What a happy land for those who, like Mr. Massingham and the Radical Party generally, want the Army to obey not merely "lawful orders," but all orders,

and to do not only the ordinary military work of securing law and order, but extraordinary work !