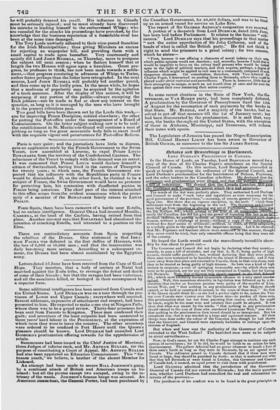 Letters dated 21 June have been received from the Cape

of Good Hope. They mention, that a body of settlers at Natal had marched against the Zoola tribe, to revenge the defeat and death of some of their friends ; but that the savages had been victorious,

and all the assailants killed, or besieged in their encampment by a superior force.