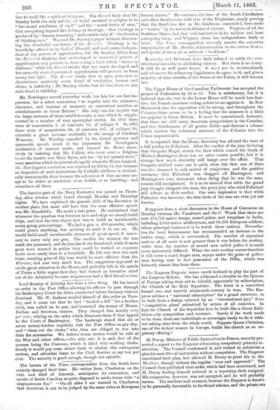 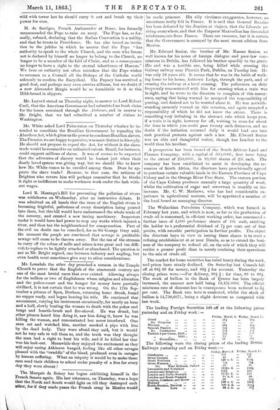 sented a report to the Emperor advocating compulsory primary in- struction. The Council condemned it, and wished to substitute a plan for more liberal instruction without compulsion. The Emperor sanctioned their plan, but allowed M. Minty to print his in the Moniteur, though without the regular "seen and approved." The Council then published their order, which had been sanctioned, and M. Duruy finding himself reduced to a reporting clerk resigned. His resignation, however,_was not accepted; and he will probably return. The incident is of moment, because the Emperor is known to,be personally favourable to the broad scheme, and the priests are

wild with terror lest he should carry it out and break up their power for ever.