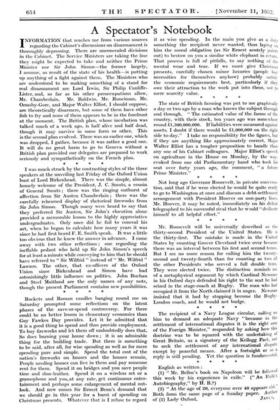 Page 6, 11 November 1932 — The recipient of a Navy League circular, calling on him
Close

The recipient of a Navy League circular, calling on him

to demand an adequate Navy " because in the settlement of international disputes it is the right arm of the Foreign Minister," responded by asking how this doctrine was to be squared with the undertaking of Great Britain, as a signatory of the Kellogg Pact, not to seek the settlement of any international dispute except by peaceful means. After a fortnight or so a reply is still pending. Yet the question is fundamental.