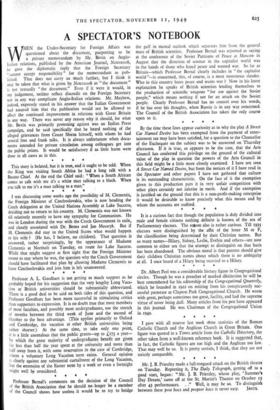 It is a curious fact that though the population is

duly divided into male and female citizens nothing definite is known of the sex of Parliamentary electors. The reason also is rather curious. Till 1935 electors were distinguished by the affix of the letter M or F, the classification being determined by their Christian names. But so many names—Hilary, Sidney, Leslie, Evelyn and others—are now common to either sex that the attempt to distinguish on that basis has been abandoned. The obvious moral is that parents should give their children Christian names about which there is no ambiguity at all. I once heard of a Hilary being married to a Hilary.