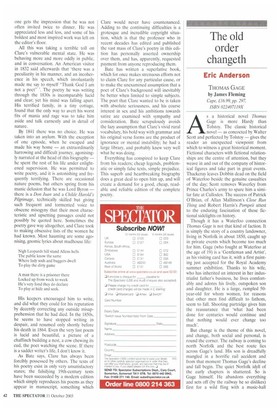 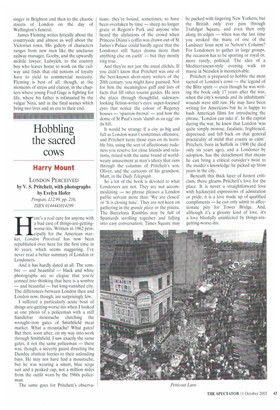 THOMAS GAGE by James Fleming Cape, £16.99, pp. 297, ISBN 02240 7119X As a historical novel Thomas Gage is more Hardy than Tolstoy. The classic historical novel — as concocted by Walter Scott and perfected by Tolstoy — gives the reader an unexpected viewpoint from which to witness a great historical moment. Fictional characters with fictional relationships are the centre of attention, but they weave in and out of the company of historical figures and take part in great events. Thackeray leaves Dobbin dead on the field of Waterloo beside the genuine casualties of the day; Scott removes Waverley from Prince Charles's army to spare him a similar fate at Culloden. The success of Patrick O'Brian, of Allan Mallinson's Close Run Thing and Robert Harris's Pompeii attest to the enduring fascination of these fictional sidelights on history.

Though it has a Waterloo connection Thomas Gage is not that kind of faction. It is simply the story of a country landowner, living in Norfolk in about 1850, caught up in private events which become too much for him. Gage (who fought at Waterloo at the age of 19) is a 'Gentleman and Artist', as his visiting card has it, with a first painting just accepted for the Royal Academy summer exhibition. Thanks to his wife, who has inherited an interest in her industrialist father's business, he lives comfortably and adores his lively, outspoken son and daughter. He is a large, rumpled 50year-old for whom women, for reasons that other men find difficult to fathom, seem to fall. Shooting partridge gives him the reassurance that 'what had been done for centuries would continue and that nothing would ever change too much'.

But change is the theme of this novel, and change, both social and personal, is round the corner. The railway is coming to north Norfolk and the best route lies across Gage's land. His son is dreadfully mangled in a horrific rail accident and from that moment Thomas Gage's decline and fall begin. The quiet Norfolk idyll of the early chapters is shattered. So is Gage himself. He abandons everything and sets off (by the railway he so dislikes) first for a wild fling with a music-hall singer in Brighton and then to the chaotic streets of London on the day of Wellington's funeral.

James Fleming writes lyrically about the countryside and almost as well about the Victorian town. His gallery of characters ranges from new men like the unctuous railway manager, Gooby, and the upwardly mobile lawyer, Lulwylch, to the country boy who leaves home to work on the railway and finds that old notions of loyalty have to yield to commercial necessity. Fleming is best of all, though, at the moments of stress and elation, in the chapters where young Fred Gage is fighting for life, where his father is infatuated by the vulgar Nina, and in the final scenes which bring two lives and an era to their end.