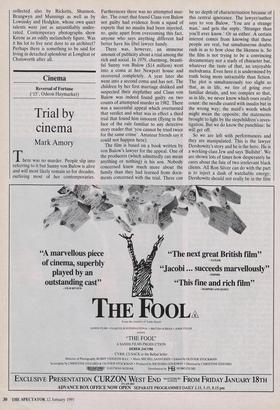 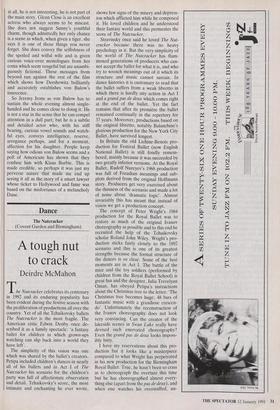 There was no murder. People slip into referring to it but Sunny von Bulow is alive and will most likely remain so for decades, outliving most of her contemporaries.

Furthermore there was no attempted mur- der. The court that found Claus von Bulow not guilty had evidence from a squad of experts that no insulin had been injected, so, quite apart from overcoming this fact, anyone who says anything different had better have his libel lawyer handy.

There was, however, an immense amount of publicity about a trial among the rich and social. In 1979, charming, beauti- ful Sunny von Bulow ($14 million) went into a coma at her Newport house and recovered completely. A year later she went into a second coma and has not. The children by her first marriage disliked and suspected their stepfather and Claus von Bulow was indeed found guilty on two counts of attempted murder in 1982. There was a successful appeal which overturned that verdict and what was in effect a third trial that found him innocent (flying in the face of the rule familiar to any detective story reader that `you cannot be tried twice for the same crime'. Amateur friends say it could not happen here).

The film is based on a book written by von Bulow's lawyer for the appeal. One of the producers (which admittedly can mean anything or nothing) is his son. Nobody concerned knew much more about the family than they had learned from docu- ments concerned with the trial. There can be no depth of characterisation because of this central ignorance. The lawyer/author says to von Bulow, `You are a strange man,' and gets the reply, `Stranger than you'll ever know.' Or us either. A certain interest comes from knowing that these people are real, but simultaneous doubts rush in as to how close the likeness is. So the film is not trying to be a convincing documentary nor a study of character but, whatever the taste of that, an enjoyable melodrama. Even here it is undermined by truth being more intractable than fiction. The plot is simultaneously too slight so that, as in life, we tire of going over familiar details, and too complex so that, as in life, we never know which ones really count: the needle coated with insulin but in the wrong way; the maid's words which might mean the opposite; the statements brought to light by the stepchildren's inves- tigation. But we do know the punchline: he will get off.

So we are left with performances and they are manipulated. This is the lawyer Dershowitz's story and he is the hero. He is a working-class Jew and says 'Bullshit'. We are shown lots of times how desperately he cares about the fate of two irrelevant black clients. All Ron Silver can do with the part is to inject a dash of watchable energy; Dershowitz should not really be in the film at all, he is not interesting, he is not part of the main story. Glenn Close is an excellent actress who always seems to be miscast. She does not suggest Sunny's youthful charm, though admittedly her only chance is a scene in which, when given a tiger, she says it is one of those things you never forget. She does convey the selfishness of the spoiled and wilful wife and is given curious voice-over monologues from her coma which seem vengeful but are unambi- guously fictional. These messages from beyond run against the rest of the film which shows how Dershowitz brilliantly and accurately establishes von Bulow's innocence.

So Jeremy Irons as von Bulow has to sustain the whole evening almost single- handed and he comes close to doing it. He is not a star in the sense that he can compel attention in a dull part; but he is a subtle and detailed actor who, with his stiff hearing, curious vowel sounds and watch- ful eyes, conveys intelligence, reserve, arrogance perhaps, and for a moment, affection for his daughter. People keep saying how odious von Bulow seems and a poll of Americans has shown that they confuse him with Klaus Barbie. This is made credible, so perhaps it was just my perverse nature that made me end up seeing it all as the story of a smart lawyer whose ticket to Hollywood and fame was based on the misfortunes of a melancholy Dane.