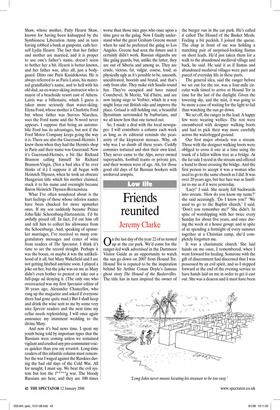 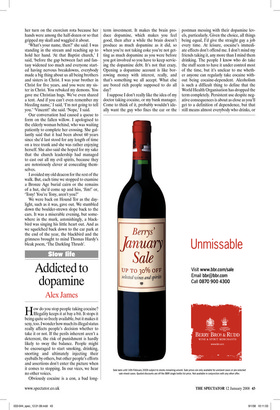 On the last day of the year 22 of us turned up at the car park. We’d come for the ranger-led walk advertised in the Dartmoor Visitor Guide as an opportunity to watch the sun go down on 2007 from Hound Tor. Hound Tor is reputed to be the inspiration behind Sir Arthur Conan Doyle’s famous ghost story The Hound of the Baskervilles. The title has in turn inspired the owner of the burger van in the car park. He’s called it called The Hound of the Basket Meals. Feeling a bit peckish, I joined the queue. The chap in front of me was holding a matching pair of surprised-looking llamas on short leads. He’d just taken them for a walk to the abandoned medieval village and back, he said. He said it as if llamas and abandoned medieval villages were part and parcel of everyday life in these parts.

The general idea, said the ranger before we set out for the tor, was a four-mile circular walk timed to arrive at Hound Tor in time for the last of the daylight. Given the lowering sky, and the mist, it was going to be more a case of waiting for the light to fail than watching the sun go down.

We set off, the ranger in the lead. A happy few were wearing wellies. The rest were encumbered with designer walking boots and had to pick their way more carefully across the waterlogged ground.

Our first major obstacle was a stream. Those with the designer walking boots were obliged to cross it one at a time using the trunk of a fallen willow tree as a bridge. At the far side I stood in the stream and offered a hand to those crossing the bridge. And the first person to accept it was a woman who used to go to the same church as I did. It was over 20 years ago, but her face was as familiar to me as if it were yesterday.

‘Lucy!’ I said. She nearly fell backwards into stream. ‘How do you know my name?’ she said accusingly. ‘Do I know you?’ ‘We used to go to the Baptist church,’ I said. ‘Don’t you remember me?’ She didn’t. In spite of worshipping with her twice every Sunday for about five years, and once during the week at a house group; and in spite of us spending a fortnight of every summer together at a Christian camp, she’d completely forgotten me.

It was a charismatic church. She laid hands on me once, I remembered, when I went forward for healing. Someone with the gift of discernment had discerned that I was possessed by an evil spirit, and so I stepped forward at the end of the evening service to have hands laid on me in order to get it cast out. She was a deacon and it must have been her turn on the exorcism rota because her hands were among the half-dozen or so that gripped my skull and waggled it about.

‘What’s your name, then?’ she said. I was standing in the stream and reaching up to hold her hand. ‘At that Baptist church,’ I said, ‘before the gap between fact and fantasy widened too much and everyone started having nervous breakdowns, everybody made a big thing about us all being brothers and sisters in Christ. I was your brother in Christ for five years, and you were my sister in Christ. You rebuked my demons. You gave me Christian hugs. We’ve even shared a tent. And if you can’t even remember my bleeding name,’ I said, ‘I’m not going to tell you.’ ‘Vincent!’ she said. ‘Nope,’ I said.

Our conversation had caused a queue to form on the fallen willow. I apologised to the elderly woman behind, who was waiting patiently to complete her crossing. She gallantly said that it had been about 60 years since she’d last stood for any length of time on a tree trunk and she was rather enjoying herself. She also said she hoped for my sake that the church leadership had managed to cast out all my evil spirits, because they are notoriously clever at concealing themselves.

I avoided my old deacon for the rest of the walk. But, each time we stopped to examine a Bronze Age burial cairn or the remains of a hut, she’d come up and hiss, ‘Jim!’ or, ‘Tony! You’re Tony, aren’t you?’ We were back on Hound Tor as the daylight, such as it was, gave out. We stumbled down the boulder-strewn slope back to the cars. It was a miserable evening, but somewhere in the murk, astonishingly, a blackbird was singing his little heart out. And as we squelched back down to the car park at the end of the year, the blackbird and the grimness brought to mind Thomas Hardy’s bleak poem, ‘The Darkling Thrush’.