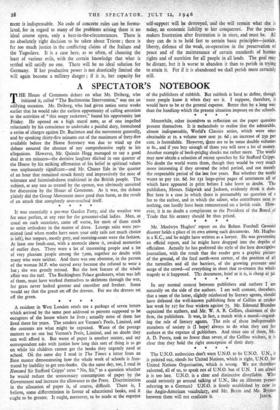 holds a place of its own among such documents. Mr. Hughes is a K.C., and he might have written as a lawyer. He was presenting an official report, and he might have dropped into the depths of officialese. Actually he has preferred the style of the best descriptive journalism, with the result that the reader gets a graphic picture of the ground, of the fatal north-west corner, of the position of all the turnstiles and all the barriers, of the growing pressure and surge of the crowd—of everything in short that re-creates the whole