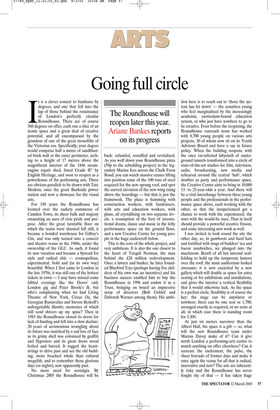 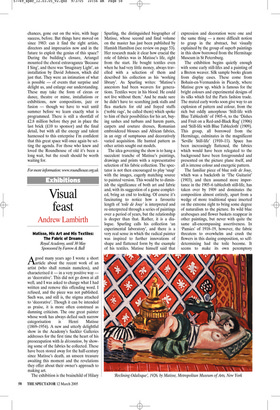 The Roundhouse will reopen later this year. Ariane Bankes reports on its progress

It is a clever conceit to fundraise by degrees, and one that fell into the lap of those behind the renaissance of London’s perfectly circular Roundhouse. There are of course 360 degrees on offer, each one a slice of an iconic space and a great deal of creative potential, and all encompassed by the grandeur of one of the great monoliths of the Victorian era. Specifically, your degree would comprise half a metre of sandblasted brick wall at the outer perimeter, arching to a height of 17 metres above the magnificent interior of the 1846 steamengine repair shed, listed Grade II* by English Heritage, and soon to reopen as a powerhouse of the performing arts. There are obvious parallels to be drawn with Tate Modern, once the great Bankside power station and now a showcase for the visual arts.

For 150 years the Roundhouse has loomed over the rackety commerce of Camden Town, its sheer bulk and majesty emanating an aura of civic pride and purpose. After the great turntable floor on which the trains were shunted fell still, it became a bonded warehouse for Gilbey’s Gin, and was only turned into a concert and theatre venue in the 1960s, under the ownership of the GLC. As such, it found its new vocation and became a byword for style and radical chic — cosmopolitan, experimental, bold and (in its own way) beautiful. When I first came to London in the late 1970s, it was still one of the hottest tickets in town — I may have missed some fabled evenings like the Doors’ only London gig and Peter Brook’s Ik, but who’s complaining when we had Living Theatre of New York, Circus Oz, the Georgian Rustavelics and Steven Berkoff’s unforgettable Hamlet, memories of which still send shivers up my spine? Then in 1983 the Roundhouse closed its doors for lack of funding and fell into a slow decline: 20 years of acrimonious wrangling about its future was matched by a sad loss of face as its grimy shell was colonised by graffiti and flyposters and its great doors stood bolted and barred. It tugged the heartstrings to drive past and see the old building, more beached whale than cultural megalith, and to remember those glorious days (or nights), now apparently past.

No more need for nostalgia. By Christmas 2005 the Roundhouse will be back: refunded, restaffed and revitalised. As you wolf down your Roundhouse pizza (50p to the rebuilding project) in the legendary Marine Ices across the Chalk Farm Road, you can watch massive cranes lifting into position some of the 100 tons of steel required for the new sprung roof, and spot the curved elevation of the new wing rising above the hoardings — but that is just the framework. The place is humming with construction workers, with fundraisers, with arts and education workers, with plans, all crystallising on two separate levels: a resumption of the best of international drama, dance and music in the lofty performance space on the ground floor, and a new Creative Centre for young people in the huge undercroft below.

This is the core of the whole project, and very ambitious. It is also the one closest to the heart of Torquil Norman, the man behind the £28 million redevelopment. Once a lawyer and banker, he later founded Bluebird Toys (perhaps having five children of his own was an incentive) and his business success enabled him to buy the Roundhouse in 1996 and endow it as a Trust, bringing on board an impressive array of directors (Bob Geldof and Deborah Warner among them). His ambi tion here is to reach out to ‘those the system has let down’ — the countless young who feel marginalised by the increasingly academic, curriculum-bound education system, or who just have nowhere to go to be creative. Even before the reopening, the Roundhouse outreach team has worked with 8,700 young people on various arts projects, 30 of whom now sit on its Youth Advisory Board and have a say in future policy. When the building reopens, with the once rat-infested labyrinth of underground tunnels transformed into a circle of state-of-the-art studios for film, television, radio, broadcasting, new media and rehearsal around the central ‘hub’, which doubles as party and performance space, the Creative Centre aims to bring in 10,000 13to 25-year-olds a year. And there will be a vital interchange between these young people and the professionals in the performance space above, each working with the other, so that the inexperienced get a chance to work with the experienced, the stars with the would-be stars. That in itself should provide a powerful creative frisson, and some interesting new work as well.

I was invited to look round the site the other day, so, in gumboots and hard hats and fortified with mugs of builders’ tea and bacon sandwiches, we plunged into the maelstrom. Bereft of all but internal scaffolding to hold up the temporary lantern over the roof, the main auditorium looked awesome; it is now encircled by a new gallery which will double as space for extra seating or for exhibitions and installations, and gives the interior a vertical flexibility that it would otherwise lack. As the space is a perfect circle, flexibility is of course the key: the stage can be anywhere or nowhere; there can be one seat or 1,700, arranged exactly as required, or no seats at all, in which case there is standing room for 3,300.

At just six metres narrower than the Albert Hall, the space is a gift — so, what will the new Roundhouse team under Marcus Davey make of it? Can it give north London a performing-arts centre to match anything on offer elsewhere? Can it recreate the excitement, the pulse, the sheer bravado of former days and make it once again the venue for all that is radical, innovative and new? The arts are inherently risky and the Roundhouse has never fought shy of that — it has taken huge chances, gone out on the wire, with huge success, before. But things have moved on since 1983: can it find the right artists, directors and impresarios now and in the future to exploit the genius of this space? During the building’s closure, Artangel mounted the choral extravaganza ‘Because I Sing’, and there was ‘Imaginary Light’, an installation by David Johnson, which did just that. They were an intimation of what is possible — of events that surprise and delight us, and enlarge our understanding. These may take the form of circus or dance, theatre or mime, installations or exhibitions, new compositions, jazz or fusion — though we have to wait until summer before we learn exactly what is programmed. There is still a shortfall of £2.8 million before they put in place the last brick (£10 to sponsor) and the final detail, but with all the energy and talent harnessed to this enterprise I’m confident that this great space will once again be setting the agenda. For those who knew and loved the Roundhouse of old it’s been a long wait, but the result should be worth waiting for.