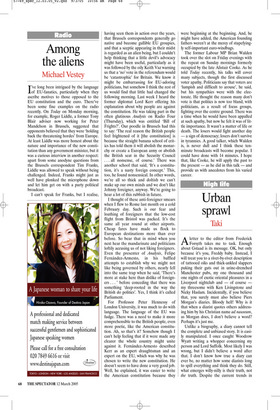 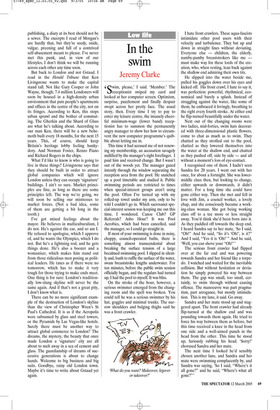 Aletter to the editor from Frederick Forsyth takes me to task. Enough about Gstaad is its message. OK, but only because it’s you, Freddy baby. Instead, I will treat you to a rivet-by-rivet description of tattooed oiks and thick-ankled slappers puking their guts out in urine-drenched Manchester pubs, my one thousand and one nights of exotic oriental pleasures in a Liverpool nightclub and — of course my threesome with Ken Livingstone and Nicky Haslam. Incidentally, if you believe that, you surely must also believe Piers Morgan’s diaries. Bloody hell! Why is it that when a diarist quotes others addressing him by his Christian name ad nauseam, as Morgan does, I don’t believe a word? Perhaps it’s just me.

Unlike a biography, a diary cannot tell the complete and unbiased story. It is easily manipulated. I once caught Woodrow Wyatt writing a whopper concerning my person and Lord Suffolk. Most likely I was wrong, but I didn’t believe a word after that. I don’t know how true a diary can ever be, no matter how some diarists long to spill everything and think they do. Still, what emerges willy-nilly is their truth, not the truth. Despite the current trends in publishing, a diary at its best should not be a sewer. The excerpts I read of Morgan’s are hardly that, but they’re seedy, snide, vulgar, preening and full of a contrived self-abasement meant to please. I’ve never met this punk, and, in view of our lifestyles, I don’t think we will be running across each other any time soon.

But back to London and not Gstaad. I read in the Herald Tribune that Ken Livingstone wants to make the capital stand tall. Not like Gary Cooper or John Wayne, though; 7.4 million Londoners will soon be housed in a high-density urban environment that puts people’s apartments and offices in the centre of the city, not on its fringes. According to Ken, this stops urban sprawl and the bother of commuting. The Gherkin and the Shard of Glass are what he’s talking about. According to our man Ken, there will be a new behemoth built every 18 months, for the next 15 years. This, of course, should keep Britain’s heritage lobby feeling hunkydory. And Norman Foster, Renzo Piano and Richard Rogers in the chips.

What I’d like to know is who is going to live in these things? Livingstone says that they should be built in order to attract global companies which will ignore London unless they can occupy ‘signature’ buildings. I ain’t so sure. Market principles are fine, as long as there are some principles left. The way we’re going, we will soon be selling our mistresses to market forces. (Not a bad idea, some of them are getting a bit long in the tooth.) I’ve got mixed feelings about the mayor. He believes in multiculturalism, I do not. He’s against the car, and so am I. He refused to apologise, which I approve of, and he wants the Olympics, which I do not. But he’s a lightning rod, and he gets things done. He’s also a boozer and a womaniser, which makes him stand out from those ridiculous men posing as political leaders. He taxes as if there were no tomorrow, which has to make it very tough for those trying to make ends meet. One thing is for sure: London’s traditionally low-slung skyline will never be the same again. And if that’s not a great pity, I don’t know what is.

There can be no more significant example of the destruction of London’s skyline than the view of Christopher Wren’s St Paul’s Cathedral. It is as if the Acropolis were subsumed by glass and steel towers, or the Pyramids by Las Vegas-like hotels. Surely there must be another way to attract global commerce to London? The dreams, the mystery, the beauty that once made London a ‘signature’ city are all about to melt away in a sea of cement and glass. The guardianship of dreams of successive generations is about to change hands. Welcome to big business and big suits. Goodbye, rainy old London town. Maybe it’s time to write about Gstaad yet again.