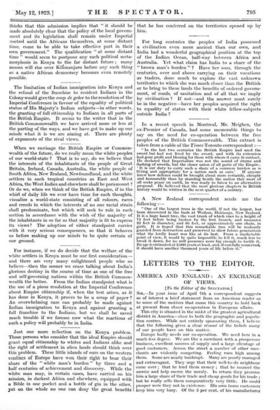 Page 11, 12 May 1923 — The limitation of Indian immigration into Kenya and the refusal
Close

The limitation of Indian immigration into Kenya and the refusal

of the franchise to resident Indians in the Colony would give the coup de grcice to the resolution of the Imperial Conference in favour of the equality of political status of His Majesty's Indian subjects—in other words, the granting of full citizenship to Indians in all parts of the British Empire. It seems to the writer that in the British Commonwealth we have arrived more or less at the parting of the ways, and we have got to make up our minds what it is we are aiming at. There are plenty of exponents of the rival views.