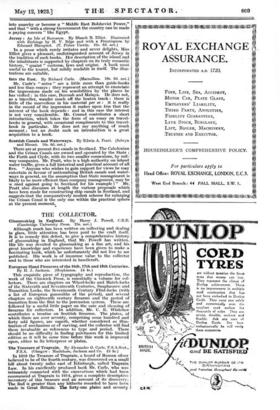 Mr. Curie's " notes " are a little more than

guide-books and less than essays : they represent an attempt to enunciate the impressions made on his sensibilities by the places he has visited : in this case, Burmah and Malaya He does not, as a traveller, wander much off the beaten track : there is little of the marvellous in his material per se : it is realty in the record of the impression it makes upon him that the interest of the book depends : and in this case the interest is not very considerable. Mr. Conrad contributes a short introduction, which takes the form of an essay on travel- books in general, with occasional compliments to this travel- book in particular. He does not say anything of much moment ; but no doubt such an introduction is a great acquisition to a book.