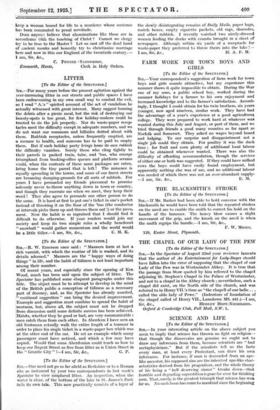 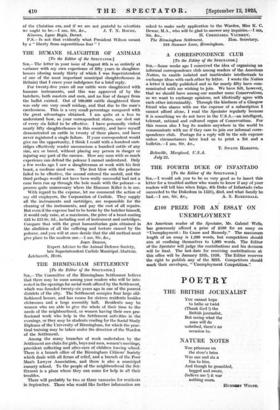 [To the Editor of the SPECTATOR.] SIR,—In your interesting article on the above subject you seem to imply that science has thrown no light on religion— that though the discoveries are genuine we ought not to draw any inferences from them, because scientists are " bad metaphysicians." But if the scientists tell us the facts every man, at least every Protestant, can draw his own inferences. For instance, if man is descended from an ape- like ancestor, his supposed sins arc the inherited ape-like char- acteristics derived from his progenitors, and the whole theory of his being a " hell deserving sinner " breaks down—that horrible and degrading superstition is gone for ever for thinking men. That, surely, is the greatest triumph that science has won for us. No such boon has come to mankind since the beginning of the Christian era, and if we are not grateful to scientists P.S.—Is not that evidently what President Wilson meant by a " liberty from superstitious fear "