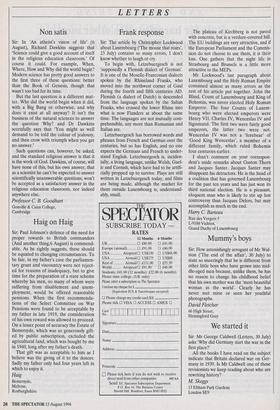 Sir: How astonishingly arrogant of Mr Wal- ston (The end of the affair', 30 July) to state so sneeringly that he is different from other little boys who have grown into mid- dle-aged men because, unlike them, he has no reason to change his childhood belief that his own mother was the 'most beautiful woman in the world'. Clearly he has never met mine or seen her youthful photographs.