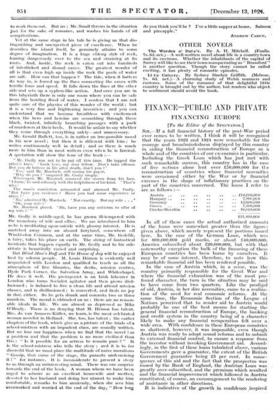 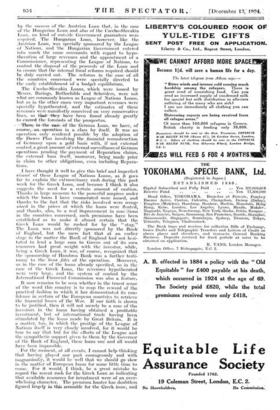 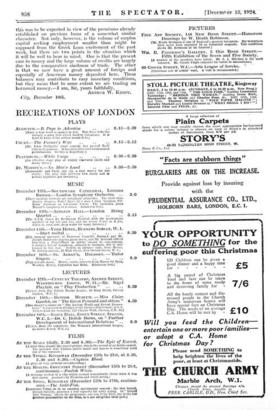 In all of these cases the actual authorized amounts of the loans were somewhat greater than the figures given above, which merely represent the portions issued here. In the case of the German Loan, which was , for 800,000,000 gold marks, or about £40,000,000, America subscribed about £20,000,000, but with that noteworthy exception the bulk of the financing of these European countries has been borne by ourselves. It may be of some interest, therefore, to note how this remarkable financial aid has been rendered possible.

In the case of Austria which, in a sense, was the country primarily responsible for the Great War and where the financial exhaustion was of the most pro- found character, the turn in the situation may be said to have come from two quarters. Like the prodigal : of old, Austria, in her dire necessities, came to a realiza- tion of the need for real economic reforms. At the same time, the Economic Section of the League of , Nations perceived that to render aid to Austria would probably be one of the best means for starting the general financial reconstruction of Europe, the banking and credit system in the country being of a character likely to make any financial recuperation felt over a wide area. With confidence in these European countries so shattered, however, it was impossible, even though Austria was ready to adopt sound reforms and to submit to external financial control, to ensure a response from the investor without invoking Government aid. Accord- ingly, in the first of these loans tabulated above, various Governments gave a guarantee, the extent of the British Government guarantee being 25 per cent. In conse- quence of this aid and the fact that the prospectus was issued by the Bank of England, the Austrian Loan was . greatly over-subscribed, and the premium which resulted and the financial improvement which followed in Austria' constituted, of course, an encouragement to the rendering of assistance in _other directions.

It is indicative of the growth in confidence inspired SIR,—If a full financial history of the post-War period ever comes to be written, I think it will be recognized that the years 1923 and 1924 were remarkable for the courage and broadmindedness displayed by this country in aiding the financial reconstruction of Europe as a whole and of the countries of our ex-enemies in particular. Including the Greek Loan which has just met' with such remarkable success, this country has in the ease of five nations alone lent over £50,000,000 for the reconstruction of countries whose financial necessities were occasioned either by the War or by financial excesses in the shape of inflationary practices on the part of the countries concerned. The loans I refer to are as follows :— Austria .. Hungary .. Germany Greece .. Czecho-Slovakia

by the success of the Austrian Loan that, in the case of the Hungarian Loan and also of the Czecho-Slovakia Loan, no kind of outside Government guarantees were required. The Hungarian Loan, however, like the Austrian Loan, was specially sponsored' by the League of Nations; and The Hungarian, Government entered into much the same covenants with regard to hypo- thecation of large revenues and the appointment of a Commissioner, representing the League of Nations, to control the disposal of the proceeds of the Loan • and to ensure that the internal fiscal reforms required should be -thily carried out. The reforms in the case of all the countries concerned were specially directed to the early establishment of a budget equilibrium.

The Czecho-Slovakia Loans, which were issued by Messrs. Barings, Rothschilds and SchrOders, were not what are commonly known as League of Nations Loans, but as in the other cases very important revenues were specially hypothecated, and the estimates of these revenues were manifestly conceived on very conservative lines, so that—they- have•-been found already greatly to exceed the forecasts of the prospectus.

= of the 'German Loan, we have, of course,.:an_operation in a, class by itself. It was an operation, only rendered possible by the adoption of the Dawes Plan involving the financial reconstruction of Germany upon a gold basis with, if not external control, a great amount of external surveillance of German operations pending the payment of Reparation claims, the external loan itself, moreover, being made prior in claim to other obligations, even including Repara- tions.

I have thought it well to give this brief and imperfect resume of these League of Nations Loans, as it goes far to explain the extraordinary rush during this past week for the Greek Loan, and because I think it also suggests the need for a certain amount of caution. Thanks- in large measure to the powerful auspices under which the I have enumerated were issued, and thanks to 'the fact that the risks involved were recog- nized in the prices at which the loans were floated, and thanks, also, to a real improvement in conditions in the countries concerned, such premiums have been established as to make it almost certain that the Greek Loan would _ be rushed for by the " stag." The Loan was .not _directly sponsored by the Bank of England, but the mere fact that at an earlier stage in the matter the Bank, of England had not hesi- tated to lend a large sum to Greece out of its own resources had great weight with the investor, while, being a Greek Loan, it was, of course, recognized that the sponsorship of Ilambros Bank was a further testi- mony to the bona fides of the operation. Moreover, as in the case of the loans already specified, so in the case of the Greek Loan, the revenues hypothecated were very large, and the system of control by the International Financial Commission was also a feature.

It now remains to be seen whether in the truest sense of the word this. country is to reap the reward of the practical fashion in which it has demonstrated its con- fidence in certain of the European countries to retrieve the financial losses of the War. If our faith is shown to be justified, then it will not merely be a case of the investors in the loans having obtained a • profitable investment, but of international trade having been stimulated by the loans made by Great Britain. It is a matter, too, in which the prestige of the League of Nations itself is very closely involved, for it would be true to say that but for the efforts of the League and the sympathetic support given to them by the Governor of the Bank of England, these loans one and all would have been impossible.

• For the moment, at all events, I cannot help thinking that having played our part courageously and with Magnanimity, it would be well that we should go slow in the matter of European loans for some time to come. For it would, I think, be a great mistake to regard the recent rush for the Greek Loan as indicating that available resources for investment were of an over- whelming character. The premium hunter has doubtless figured largely in this scramble for -the Greek issue, and

this was to be expected in view of the premiums already established on previous loans of a somewhat similar character. Not only, however, is the volume of surplus capital seeking employment smaller than might be supposed from the Greek Loan excitement of the past week, but there are two points in the situation which it will be well to bear in mind. One is that the present case in money and the large volume of credits are largely due to the comparative slackness of trade. The other is that we now have a great amount of foreign and especially of American money deposited here. These balances may contribute to easy monetary conditions, but they mean that to some extent we arc trading on borrowed money.-I am, Sir, yours faithfully,