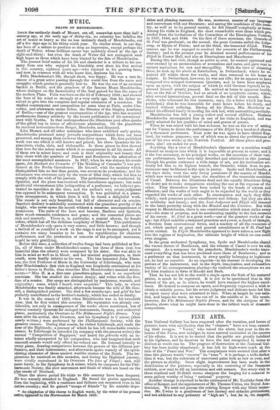 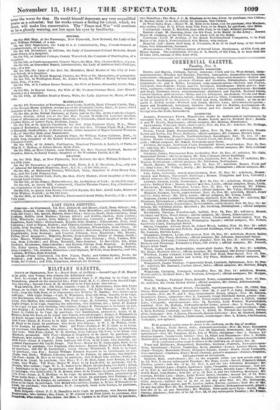 THE National Gallery has been reopened after the vacation, and lovers of pictures learn with satisfaction that the " cleaners " have not been extend- ing their ravages. "Yeses," who raised the alarm last year in the co- lumns of the Times, now indulges in some natural exultation at the success of his efforts. It is not to be denied that the public are greatly indebted to his vigilance, and he deserves to have the fact recognized in terms as distinct as words can be. The progress of destruction at the National Gal- lery has been tacitly abandoned: it has -left its high-water mark at the ruin of the "Peace and War." The complainers were assured that after a time this picture would " recover " its "tone it is perhaps a trifle darker than it was, but the substrata of uncovered paint look as raw as ever, and the picture as chalky. Some slight improvement has been made in the distribution of the pictures, especially in the scattering of the Simmons rubbish, now sent to fill up interstices and odd corners. But every visit to these confined and ill-fitted rooms sharpens the longing fur a removal to some gallery worthy of being "national" property. Another change is reported to be the retirement of Mr. Eastlake from the office of Keeper, and the appointment of Mr. Thomas Uwins, the Royal Aces demician. We need not pursue the retiring Keeper with any bitter memo-. ries. Mr. Uwins is a gentleman of less literary and nidactie pretensions, and not addicted to any pedantry of "high art"; but he is, We =Spear