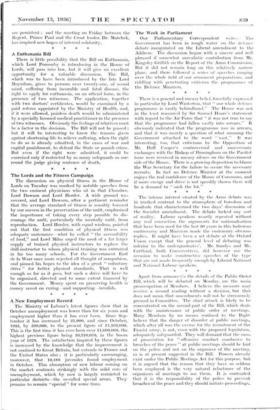 Page 3, 13 November 1936 — The Week in Parliament Our Parliamentary Correspondent writes : The
Close

Government has been in rough water on the defence debate inaugurated on the Liberal amendment to the Address. The discussion began with a sincere and well phrased if somewhat unrealistic contribution from Mr. Kingsley Griffith on the Report of the Arms Commission. But it did not remain long on this relatively narrow plane,* and there followed a series of speeches ranging over the whole field of our armament. preparations. and riddling with penetrating criticism the programmes of the Defence Ministers.