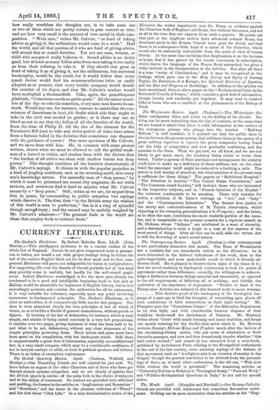 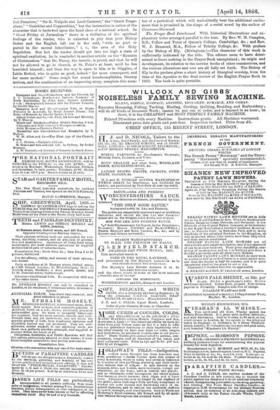 provided with wholesome but somewhat flavourless nutri- ment. Nothing can be more instructive than the articles on the "Eng-

lish Premiers," "Sir R. Walpole and Lord Carteret," the" Greek Trage- dians," "Sealskins and Copperskins," but the instruction is rather of the character that is bestowed upon the head class of a national school. In "Good Friday at Jerusalem" there is a titillation of the spiritual feelings of the reader, who is exhorted to pity that poor Bishop Gobat and the English left out in the cold, "with no part or parcel in the sacred inheritance," i. e., the area of the Holy Sepulchre. But lest the reader should get into too high a state of spiritual exaltation, ho is reminded in another article on the "Reunion of Christendom" that Dr. Pulley, the heretic, is proud, and that he will not be allowed to go to church, at St. Peter's at least, until he has humbled himself ; and then the way is open to him or to Stiggins, of Little Bethel, who is quite as good, indeed." far more consequent, and far more modest." Some rough but sound hendecasyllables, literary notices, and the continuation of an improving story, complete this num- ber of a periodical which will undoubtedly bear the additional excite- ment that is promised in the shape of a serial novel by the author of Constance Sherwood.