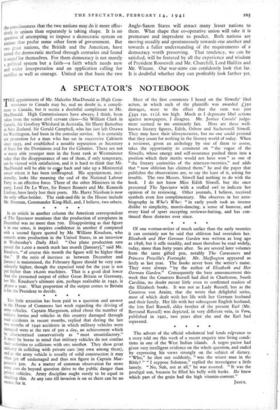 Page 5, 14 February 1941 — Too little attention has been paid to a question and
Close

Too little attention has been paid to a question and

answer in the House of Commons last week regarding the driving of army vehicles. Captain Margesson, asked about the number of military lorries and vehicles in this country damaged through road accidents in recent months, replied that during the last two months of 1940 accidents in which military vehicles were damaged were at the rate of 300 a day, an achievement which he characterised conservatively as " most unsatisfactory." It must be borne in mind that military vehicles do not confine their activities to collisions with one another. They show great industry in colliding with private cars (my own among them), and as the army vehicle is usually of solid construction it may often get off undamaged and thus nbt figure in Captain Mar- gesson's 300. As a matter of common observation far more army cars do beyond question drive to the public danger than Private vehicles. Army discipline ought surely to be equal to checking this. At any sate till invasion is on us there can be no excuse for it