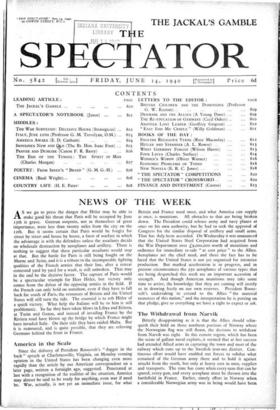 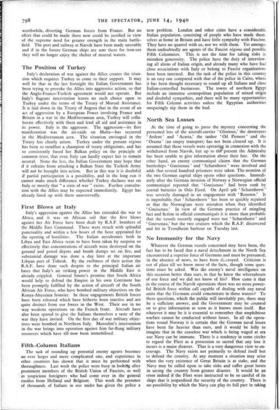 The Withdrawal from Narvik

Bitterly disappointing as it is that the Allies should relin- quish their hold on those northern portions of Norway where the Norwegian flag was still flown, the decision to withdraw from Narvik was right. In this remote region, which has been the scene of gallant naval exploits, it seemed that at last success had attended Allied arms in capturing the town and most of the railway which runs up to the Swedish iron-ore district. Con- tinuous effort would have enabled our forces to subdue what remained of the German army there and to hold it against attackt from the south, but only at heavy cost in men, supplies and transports. The time has come when every man that can be spared, every gun, and every aeroplane must be thrown into the battlefield in France. Earlier, timely effort in Norway when a considerable Norwegian army was in being would have been worthwhile, diverting German forces from France. But no effort that could be made there now could be justified in view of the supreme need for greater strength in the main battle- field. The port and railway at Narvik have been made unusable and if in the future German ships are sent there for iron-ore they will no longer enjoy the shelter of neutral waters.