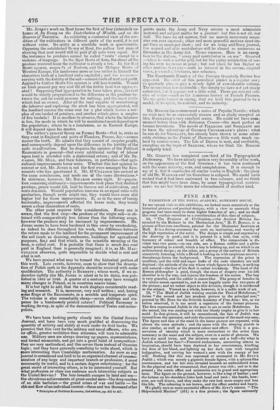 Page 20, 14 May 1831 — Mr. GORTON has completed one-third of his Topographical Dictionary. We
Close

Mr. GORTON has completed one-third of his Topographical Dictionary. We

have already spoken very favourably of the work, on the appearance of the first livraison : it has been continued with the same industry, care, and completeness. It is enough to say of it, that it supersedes all similar works in English : the glory of old Dr. WALKER and his Gazetteer is eclipsed. We could have wished that it had been embraced in two volumes, and we think that this might have been done, by some typographical contriv- ance: we see but little room for retrenchment of another kind.