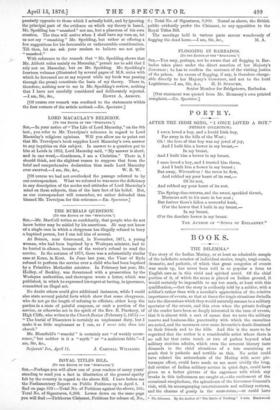 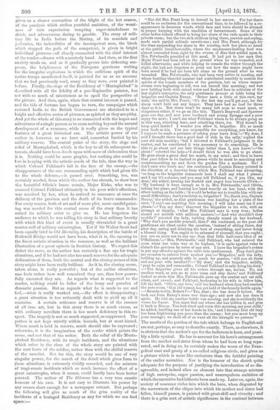 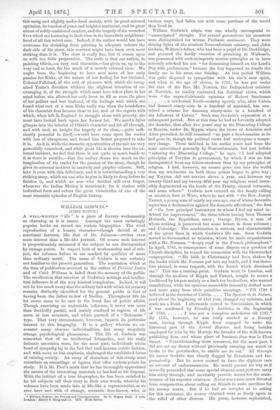 THE story of the Indian Mutiny, or at least an admirable sample of the indefinite number of individual stories, tragic, tragi-comic, dramatic, and pathetic, of which that great congeries of events was made up, has never been told in so popular a form to English ears as in this vivid and spirited novel. Of the chief portion of it, of which the scene is placed on Indian ground, it would certainly be impossible to say too much, at least with this qualification,—that the story is evidently told by a soldier, with a soldier's rather than with a novelist's appreciation of the relative importance of events, so that at times the tragic situations dwindle into the dimensions which they would naturally assume to a military spectator of the events, and this even when the private feelings of the reader have been so deeply interested in the turn of events, that it is almost with a sort of amaze that we note the military reserve and business-like punctuality with which the casualties are noted, and the mourners over some favourite's death dismissed to their friends and to the hills. And this is the more to be regretted that the author is a considerable artist where there is no call for that extra touch or two of pathos beyond what military stoicism admits, which even the severest literary taste demands in the chief situations of a tale containing so much that is pathetic and terrible as this. No artist could have related the antecedents of the Mutiny with more pic- turesque effect, could have made us see more vividly the long, dull routine of Indian military service in quiet days, could have given us a better picture of the eagerness with which any breaks in this tediousness are caught at,—the excitement of the occasional steeplechase, the splendours of the Governor-General's visit, with its accompanying entertainments and military reviews, and the charms of gossip in the ' mess-room,--or could have

• The Dilemma. By the Author of "The Battle of Dorking." 8 role. Blackwood.