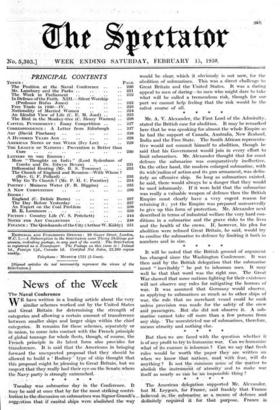 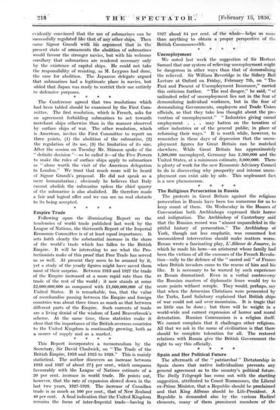 Leygue-s, for Frani* said frankly that France believed in the submarine, as a. means of defence and definitely required it for that purpose. France is evidently convinced that the use of submarines can be successfully regulated like that of any'other ships. Then came' Signor Grandi with his argument that in the present state of armaments the abolition of submarines would favour the stronger navies, but with his weleome corollary that submarines are rendered necessary only by the existence of capital ships. He could not take the responsibility of resisting, as M. Leygues had done, the case for abolition. The Japanese delegate argued that submarines had a legitimate place in navies, but added that Japan was ready to restrict their use entirely to defensive purposes.