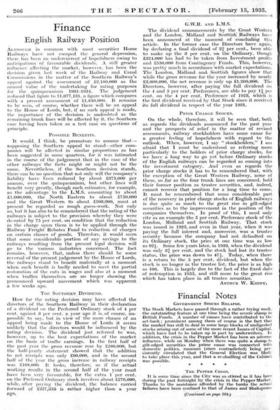 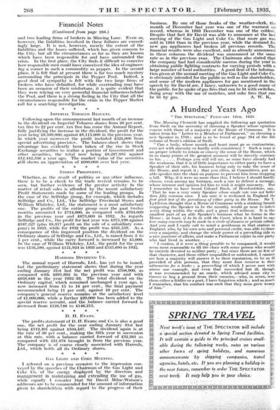 • It is some time since the City was so stirred as it has been during the past fortnight by the crisis in the Pepper Market. Thanks to the assistance afforded by the banks the actual failures have been confined to that of James and Shakspeare (Continued on page 268.)-

(Continued from page 266.) and two leading firms of brokers in Mincing Lane. Even so, however, the liabilities involved in these failures are exceed- ingly large. It is not, however, merely the extent of the liabilities and the losses suffered, which has given concern to the City, but all the circumstances so far as they are known which have been responsible for and have surrounded the crisis. In the first place, the City finds it difficult to conceive how responsible men could have conceived the idea of engineer- ing a corner in such a commodity. as pepper. In the second place, it is felt that at present there is far too much mystery surrounding the principals in the Pepper Pool. Indeed, a good deal of sympathy is felt with the two large firms of brokers who have defaulted, for while overtrading may have been an occasion of their misfortune, it is quite evident that they were relying on very powerful financial influences behind the Pool, and there is a strong feeling in the City that all the circumstances responsible for the crisis in the Pepper Market call for a searching investigation.