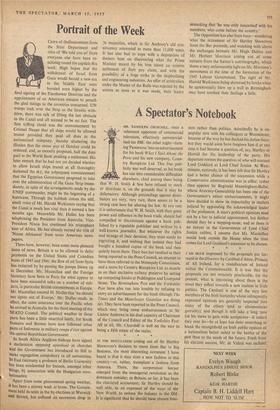 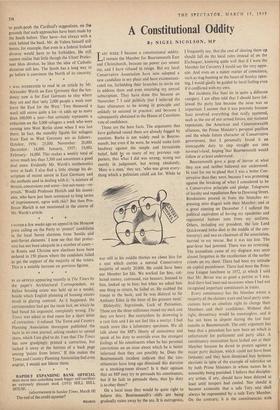 I AM MUCH impressed by the proposals put for- ward

in the Observer by Cardinal d'Alton, Primate of All Ireland, for a reunification of Ireland within the Commonwealth. It is true that the proposals are not remotely practicable, for the present; what is interesting about them is the trend they reflect towards a new realism in Irish politics. The Cardinal is one of the very few members of the Irish hierarchy whose infrequently expressed opinions are generally respected (too many of the others tend to ultramontanc garrulity); and though it will 'take a long time for his views to gain wide acceptance—if indeed they ever do—he at least has done something to break the stranglehold on Irish public opinion of a nationalism better suited to the battles of the past than to the needs of the future. Fresh from his election success, Mr. de Valera was inclined to pooh-pooh the Cardinal's suggestions, on the grounds that' such approaches have been made by the South before. They have—but always with a stick behind the back. Mr. de Valera himself still insists, for example, that even in a federal Ireland divorce would have to be forbidden. He still cannot realise that little though the Ulster Protes- tant likes divorce, he likes the idea of Catholic dictation still less. The South has a long way to go before it convinces the North of its sincerity.