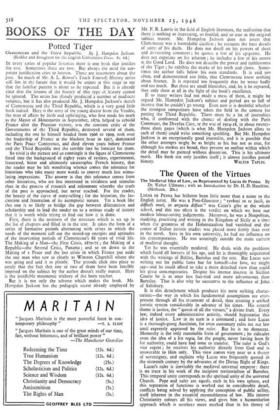 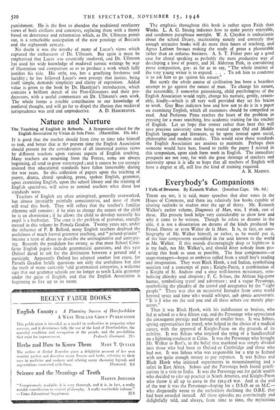 The Queen of the Virtues

LUCAS DE PENNA has hitherto been little more than a name to the English jurist. He was a Post-Glossator ; " verbosi in re facih, in difficili muti, in angusta diffusi" was Cujas's gibe at the whole school, and this too often is the verdict on which we base our modern labour-saving judgements. Moreover, he was a Neapolitan, studying, practising and writing in the Kingdom of Sicily at a time when the greatness of the Hohenstaufens had vanished and the centre of Italian juristic studies was placed more firmly than ever in the north. Save in his own university, he had no influence on his contemporaries. He was seemingly outside the main current of medieval thought.

Yet he was essentially medieval. He deals with the problems which faced all lawyers of his age, and he is thoroughly acquainted with the writings of Baldus, Bartolus and the rest. But Lucas was writing not for public fame but for himself—for love, we might say--and he could afford to take a more detached view than could his great contemporaries. Despite his intense interest in Sicilian Courts he is at once less fact-tied and more adventurous than Bartolus. That is also why he succumns to the influence of John of Salisbury.

It is this detachment which produces his most striking charac- teristic—the way in which his fundamental assumptions are ever- present through all his treatment of detail, thus creating a unified juristic system considerably in advance of his times. His central theme is justice, the " queen of all the virtues," a divine fruit. Every law, indeed every administrative activity, should hypostatise this idea of justice. Law in its turn is a command ; and here Lucas is a thorough-going Austinian, for even customary rules are not law until expressly approved by the ruler. But he is no democrat. Monarchy is the only reasonable form of government ; he ridicules even the idea of a lex regia, for the people, never having been fit for authority, could have had none to transfer. The ruler is God's vice regent ; he receives his authority directly from God and is answerable to Him only. This view comes very near to a theory of sovereignty, and explains why Lucas was frequently quoted in the sixteenth century by the advocates of the Divine Right of Kings.

Lucas's ruler is inevitably the medieval universal emperor : there is no trace in his work of the incipient territorialism of Bartolus. This temporal unity corresponds to the spiritual unity of the universal Church. Pope and ruler are equals, each in his own sphere, and this separation of functions is worked out in considerable detail, conflicts being solved by applying the conception of public utility, itself inherent in the essential reasonableness of law. His intense Christianity colours all his views, and gives him a humanitarian approach which is nowhere more marked than in his theory of punishment. He is the first to abandon the traditional retaliatory views of both civilians and canonists, replacing them with a theory based on deterrence and reformation which, as Dr. Ullmann points out, is a remarkable anticipation of the new penology of Beccaria and the eighteenth centary.

No doubt it was the novelty of many of Lucas's views which captured the enthusiasm of Dr. Ullmann. But again it must be emphasised that Lucas was essentially medieval, and Dr. Ullmann has used his wide knowledge of medieval juristic writings by way of illustration and comparison so as to produce a work which fully justifies his title. His style, too, has a gratifying freshness and lucidity ; he has followed Lucas's own precept that justice, being itself simple, demands simplicity and clarity of exposition. Added value is given to the book by Dr. Hazeltine's introduction, which contains a brilliant sketch of the Post-Glossators and their pre- decessors, with a useful commentary on Dr. Ullmann's own work. The whole forms a notable contribution to our knowledge of medieval thought, and will go far to dispel the illusion that medieval

jurisprudence was arid and unproductive. A. D. HARGREAVES.