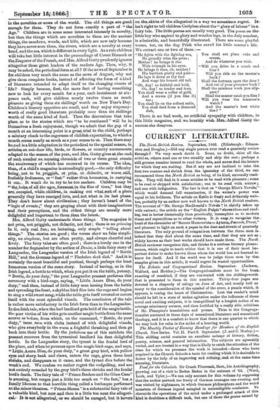 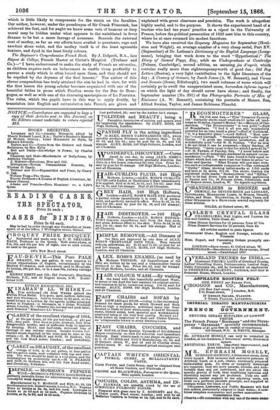 out of a visit to Baden Baden in the antumn of '63.. (Ward, Look, and Tyler.)—We can only account for thie ,volniais.by supposing - that the author partook too freely of German sausages one evening, and was visited by nightmare, in which German philosophers and the weird monsters. of German legend mingled in unintelligible- confusion. To chronicle the operations of the mind under a prolonged attack of this kind is doubtless a difficult task, but one of those the praise earned by

'which is little likely to compensate for the strain on the faculties. Our author, however, under the pseudonym of Sir Crank Fitzcrank, has achieved the feat, and for aught we know some vein of humour or deep moral may be hidden under what appears to the uninitiated in fever dreams to be but a mere farrago of nonsense. Beneath the external coat of motley, as far as our efforts have availed to penetrate, rags and sawdust alone exist, and the motley itself is of the least agreeable texture, and dyed in the least lively colours.