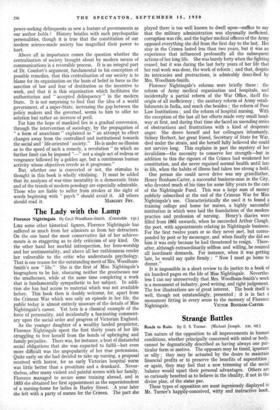 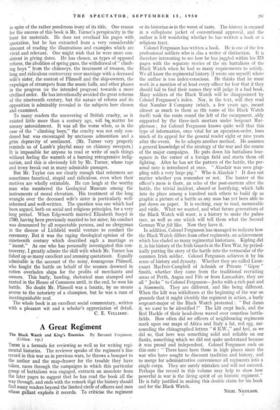 Roads to Rain. By E. S. Turner. (Michael Joseph. I2S. bd.) THE nature of the opposition to all improvements in human conditions, whether principally concerned with mind or body, cannot be dogmatically described as having always one par- ticular form or motive. The opposers may be timid, ignorant or silly; they may be actuated by the desire to maintain financial profits or to preserve the benefits of superstition ; or again, they may feel that a new. trinuning of the social balance would upset their personal advantages. Others are so curiously besotted as to believe in the ideality, if not in the divine plan, of the status quo. These types of opposition are most ingeniously displayed in Mr. Turner's happily-conceived, witty and instructive book, in spite of the rather ponderous irony of its title. One reason for the success of this book is Mr. Turner's perspicacity in the hunt for materials. He does not overload his pages with quotation, but he has extracted from a very considerable amount of reading the illustrations and examples which are vivid and relevant. One might wish that he were more con- sistent in giving dates. He has chosen, as types of opposed reform, the abolition of spring guns, the withdrawal of" climb- ing boys" from the chimneys, the treatment of treason, the long and ridiculous controversy over marriage with a deceased wife's sister, the contest of Plimsoll and the ship-owners, the expulsjpn of strumpets from the music halls, and other phases in the progress (or the intended progress) towards a more civilised order. He has intentionally avoided the great reforms of the nineteenth century, but the nature of reform and its opposition is admirably revealed in the subjects here chosen and examined.

To many readers the uncovering of British cruelty, as it existed little more than a century ago, will bia matter for uneasy astonishment. It was all the worse when, as in the case of the "climbing boys," the cruelty was not only con- doned but was encouraged by unctuous admonition and a grim depravity of sentiment. (Mr. Turner very properly reminds us of Lamb's playful essay on chimney sweepers.) It is impossible for anyone to read or write of such things without feeling the warmth of a burning retrogressive indig- nation, and this is obviously felt by Mr. Turner, whose rage and irony break out in many admirable passages.

But Mr. Taylor can see clearly enough that reformers are sometimes fanatical, stupid and ridiculous, even when their motives are wholly estimable. He can laugh at the worthy man who numbered the Geological Museum among the instruments of moral elevation. His treatment of the long wrangle over the deceased wife's sister is particularly well- informed and well-written. The question was one which had been argued, both on social and religious principles, for a very long period. When Edgeworth married Elizabeth Sneyd in 1780, having been previously married to her sister, his conduct was denounced by all respectable persons, and no clergyman in the diocese of Lichfield would venture to conduct the ceremony. But it was the raging theological opinion of the nineteenth century which described suach a marriage as "incest." As one who has personally investigated this con- troversy, I greatly admire the skill with which Mr. Turner has fished up so many excellent and amusing quotatioris-. Equally admirable is the account of the noisy, (Courageous Plimsoll, who fought the battle on behalf of the seamen drowned in rotten overladen ships for the profits of merchants and owners. This burly, bawling, rhetorical man stamped and ranted in the House of Commons until, in the end, he won his battle. No doubt Mr. Plimsoll was a fanatic, by no means averse to the notoriety of a champion, but he was a man of inextinguishable zeal.

The whole book is an excellent social commentary, written with a pleasant wit and a scholar's appreciation of detail.