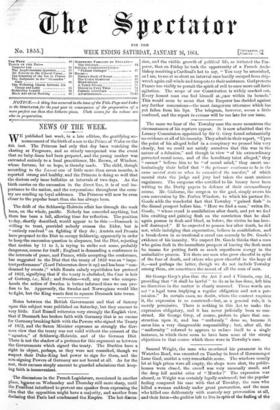 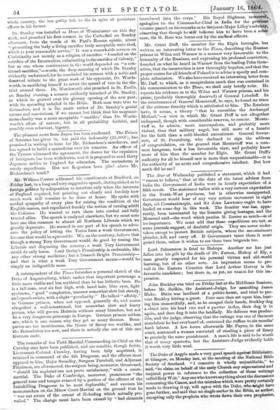 Page 1, 16 January 1864 — Samuel Wright, the man who murdered his paramour in the
Close

Samuel Wright, the man who murdered his paramour in the

Waterloo Road, was executed on Tuesday in front of Horsemonger Lane Gaol, amidst a very remarkable scene. The windows usually let at high prices were all empty, the shops wore shut, the public- houses were closed, the crowd was very unusually small, and the drop fell amidst cries of " Murder I" The expression was absurd, as Wright was certainly legally sentenced; but the popular feeling compared his case with that of Townley, the man who killed a woman suddenly under great provocation, and the man who killed one deliberately with scarcely any provocation at all, and their fates—the guiltier left to live in spite of the feeling of the

whole country, the less guilty left to die in spite of persistent efforts in his favour.