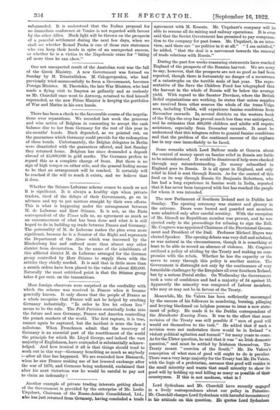 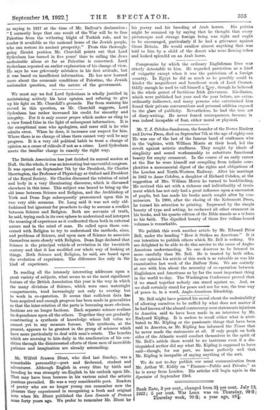 Page 2, 16 September 1922 — Lord Sydenham and Mr. Churchill have recently engages in a
Close

Lord Sydenham and Mr. Churchill have recently engages in a

lively correspondence about our policy in Palestine. Mr. Churchill charges Lord Sydenham with harmful inconsistency in his attitude on this question, He quotes Lord Sydenham as saying in 1917 at the time of Mr. Balfour's declaration : " I earnestly hope that one result of the War will be to free Palestine from the withering blight of Turkish rule, and to render it available as the national home of the Jewish people, who can restore its ancient prosperity." From this thorough- going Zionist position Mr. Churchill points out that Lord Sydenham has turned in five years' time to calling the Jews undesirable aliens so far as Palestine is concerned. Lord Sydenham repeated an earlier explanation of his change of view. He says he was grievously mistaken in his first attitude, but it was based on insufficient information. He has now learned more about the economic conditions of Palestine, the Jewish nationalist question, and the nature of the government.