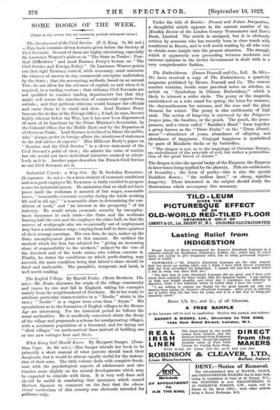 What Every Girl Should Know. By Margaret Sanger. (Jona- than

Cape. 3s. 6d. net.)—Miss Sanger intends her book to be primarily a short manual of what parents should teach their daughters, but it would be almost equally useful for the instruc- tion of their sons. The little volume deals with complete frank- ness with the psychological aspects of adolescence and also touches more slightly on the mental developments which may be expected to coincide with them. It is very well done and should be useful in combating that ignorance which caused Herbert Spencer to comment on the fact that the educa- tional curriculum of this country was obviously intended for .Celibates only.