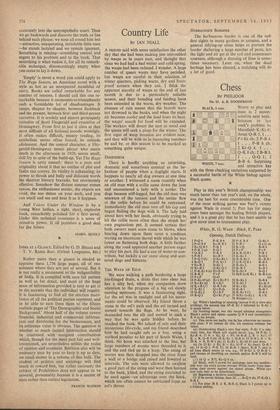 INDIA AT A GLANCE. Edited by G. D. Binani and

/ T. V. Kama Rao. (Orient Longmans, 84s.) Rather more than a glance is needed to appraise these 1,756 large pages, all of two columns where they are not of several. But it is not really a monument to the indigestibility of India. It is compiled with care for pattern , as well as for detail, and most of the huge mass of information provided is easy to get at in the morsels that the individual will require. It is fascinating to find all the election mani- festos of all the political parties reprinted, and to be able to' turn from them to the fifteen realistic pages of 'The Demographic and Social Background.' About half of the volume covers financial, industrial and commercial informa- tion and directories for the businessman, and its reference value is obvious. The question is whether so much factual information should he combined with unsigned contributions which, though for the most part fair and well- intentioned, are nevertheless within the realm of opinion and comment. Revision also will be necessary year by year to keep it up to date, no small matter in a volume of this bulk. The student of politics and sociology will find much to reward him, but rather curiously the subject of Prohibition does not appear to be covered, presumably because it is a matter of state rather than central legislation.