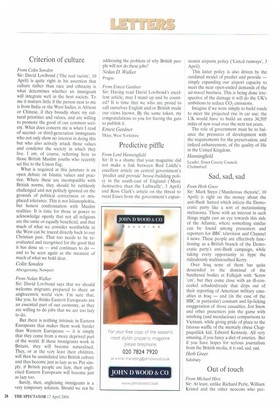 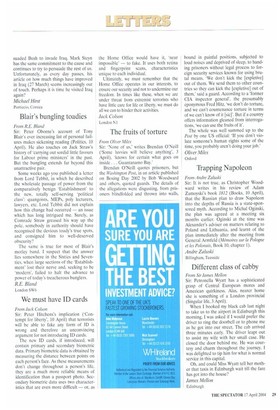 From Michael Hirst Sir: At least, unlike Richard Perle, William ICristol and the other neocons who per suaded Bush to invade Iraq, Mark Steyn has the same commitment to the cause and continues to try to persuade the rest of us. Unfortunately, as every day passes, his article on how much things have improved in Iraq (27 March) seems increasingly out of touch. Perhaps it is time he visited Iraq again?