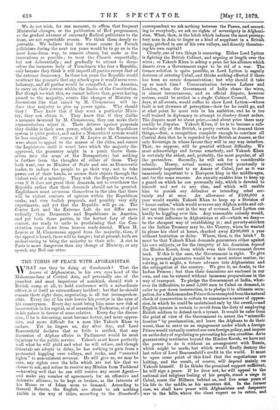 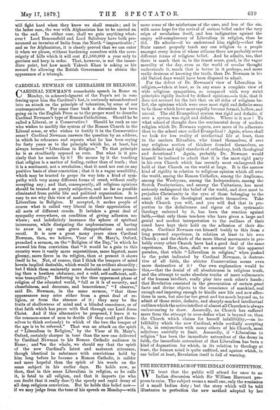 will fight hard when they know we shall remain ; and in the latter case, the war with Afghanistan has to be carried on to the end. In either case, shall we gain anything what- ever? Lord Beaconsfield and Lord Salisbury have both pro- nounced an invasion of India from the North "impracticable ;" and as for Afghanistan, it is clearly proved that we can enter it when we please, without burdening ourselves with the sove- reignty of hills which it will cost £1,500,000 a year only to garrison and keep in order. That, however, is not the imme- diate point, but how much Yakoob Khan is asking as his reward for allowing the British Government to obtain the appearance of a triumph.