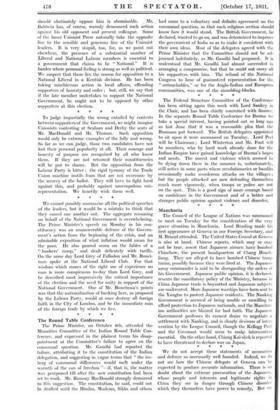 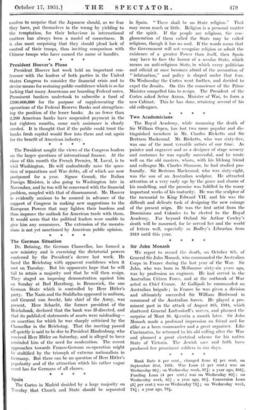 Page 2, 17 October 1931 — We do not accept these statements of accusation and defence
Close

We do not accept these statements of accusation and defence

as necessarily well founded. Indeed, we. do not see how the Chinese delegate at Geneva can be expected to produce accurate information. There is no doubt about the extreme provocation of the Japanese, whose people and interests and legitimate rights in China they see in danger -through Chinese 'disorder Which- they themselves have power to remedy, But we confess to surprise that the Japanese should, -as we fear they have, put themselves in the wrong by yielding to the temptation, for their behaviour in international matters has 'always. been a model of correctness. ' It is also most surprising that they should plead lack of control of their -troops, thus inviting comparison with Chinese troops who have earned the name of bandits.