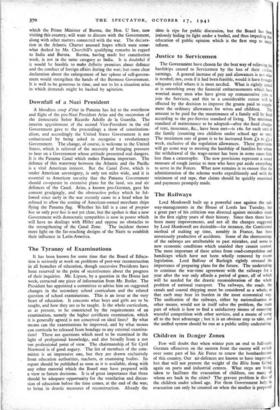 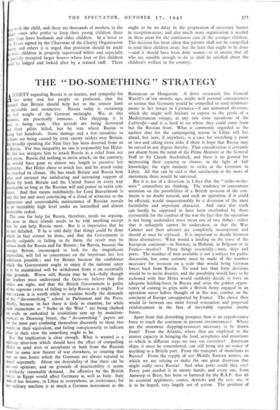 Few will doubt that when winter puts an end to full-scale German offensives on the eastern front the- enemy will switch over some part of his Air Force to renew the bombardments of this country. Our air-defences are known to have improved, but that- will not prevent the weight of the Blitz from falling again on ports and industrial centres. What steps are being taken to facilitate the evacuation of children, too many of whom are back, in the cities? The gravest problem is that of the children under school age. For them Government help in evacuation can only be counted on when the-mother is prepared 0o with the child, and there are thousands of mothers in the ger zones who prefer to keep their young children there [net than leave husbands and older children. In a letter to he Times signed by the Chairman of the Charity Organisation -iety and others it is urged that provision should be made more children in properly supervised billets and especially partially occupied larger houses where four or five children uld be lodged and looked after by a trained staff. There ought to be no delay in the preparation of necessary homes in reception-areas; and also much more organisation is needed in these areas for the continuous care of the younger children. The decision has been taken that parents shall not be compelled to send their children away; but the least that ought to be done —and it should have been done sooner—is to ensure that all who are sensible enough to do so shall be satisfied about the children's welfare in the country.