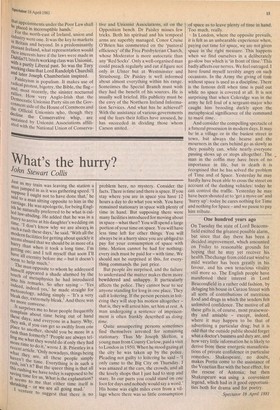 On Tuesday the state of Lord Beaconsfield excited the greatest possible alarm, but since that day there has been a decided improvement, which amounted on Friday to reasonable grounds for hoping that he may yet recover his health.The change from cold east wind to mild weather has been greatly in his favour, and his own tenacious vitality still more so. The English people have manifested their interest in Lord Beaconsfield in a rather odd fashion, by deluging his house in Curzon Street with all sorts of contributions of nutritious food and drugs in which the senders felt unlimited confidence. The motive of all these gifts is, of course, most praiseworthy and amiable — except, indeed, where it may happen to be that of advertising a particular drug; but it is odd that the outside public should forget what a doctor's business and duty are, and how very little information he is likely to derive from these energetic manaifestations of private confidence in particular remedies. Shakespeare, no doubt, makes Portia come to the assistance of the Venetian Bar with the best effect, for the rescue of Antonia; but then Shakespeare was using a convenient legend, which had in it good opportunities both for drama and for poetry.