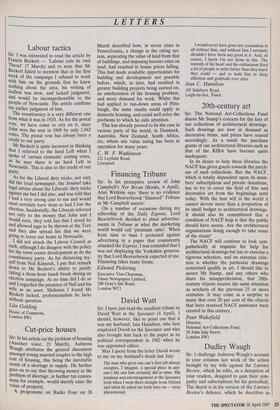 On a number of occasions during my editorship of the Daily Express, Lord Beaverbrook decided to place advertise- ments in Tribune at what the marketing world would call 'premium rates'. When from time to time I protested against advertising in a paper that consistently attacked the Express, I was reminded that I was not displaying the Yorkshire generos- ity that Lord Beaverbrook expected of me. Financing takes many forms.